Biryani is no doubt the most loved and famous dish of India. Any occasion, any party or a get-together,  biryani as the main course has become a necessity.

The word “Biryani” comes from the Persian word “birian” which means  “to fry” or “to roast”. This dish is popular throughout the Indian subcontinent, as well as among the diaspora from the region.
Interesting story traces the origins of the dish to Mumtaz Mahal(1593-1631), Shah Jahan’s queen who inspired -Taj Mahal. It is believed that she once visited army barracks and discovered the army personnel under-nourished. She asked the chef to prepare a special dish which provided balanced nutrition, and thus biryani came into existence.

For kacchi biryani, raw marinated meat is layered with a raw rice prior being cooked together. It is also known as kacchi yeqni. It is cooked along with chicken or goat meat and occasionally with fish or prawns. The dish is made layered with the meat and a dahi-based marinade at the bottom of the cooking pot.

Tehari, tehri or tehari are different names for the veg version of biryani. It was made for the Hindu bookkeepers of the Muslim Nawabs. It is prepared by addition of potatoes to rice, as opposed to the case of traditional biryani, where the rice is added to the meat

Beef biryani, as the name implies, consists of beef as the meat. In Hyderabad, it is famous as Kalyani biryani, in which buffalo or cow meat is taken. This meal was started after the Kalyani Nawabs of Bidar came to Hyderabad sometime in the 18th century. The Kalyani biryani is made with small cubes of beef, regular spices, onions and lots of tomatoes.

The city of Dhaka in Bangladesh is known for selling Chevon Biryani, a dish made with highly seasoned rice and goat meat.
Sindhi biryani-The exotic and aromatic Sindhi biryani is known in Pakistan for its spicy taste, fragrant rice and delicate meat

Hyderabadi biryani is one of India’s most famous biryanis; some say biryani is synonymous with Hyderabad.

Thalassery biryani is the variation of biryani found in the Indian state of Kerala. It is one of the many dishes of the Malabar Muslim community, and very popular.

Calcutta or Kolkata biryani evolved from the Lucknow style when Awadh’s last Nawab Wajid Ali Shah was exiled in 1856 to the Kolkata suburb of Metiabruz. Shah brought his personal chef with him. The poorer households of Kolkata, which could not afford meat, used potatoes instead, which went on to become a specialty of the Calcutta biryani.


Outside the Indian subcontinent-

A different dish called biryan is popular in Afghanistan. Biryan traces its origins to the same source as biryani, and is today sold in Afghanistan as well as in Bhopal, India.
Middle East-One form of “Arabic” biryani is the Iraqi preparation (برياني: “biryani”), where the rice is usually saffron-based with chicken usually being the meat or poultry of choice. It is most popular in Iraqi Kurdistan.

Nasi kebuli is an Indonesian spicy steamed rice dish cooked in goat meat broth, milk and ghee. Nasi kebuli is descended from Kabuli Palaw which is an Afghani rice dish, similar to biryani served in the Indian subcontinent.

Kapampangan cuisine of the Philippines (often in Pampanga) features a special dish called Nasing Biringyi (chicken saffron rice), that is typically prepared only during special occasions such as weddings, family get-togethers or fiestas.

Biryani in Thailand is commonly known as khao mhok (Thai: ข้าวหมก). It is commonly paired with chicken, beef or even fish and topped with fried garlic. The dish is common in Thai cuisine and often served with a green sour sauce.

Aminia Serving the Best Biryani In Kolkata Since 1929 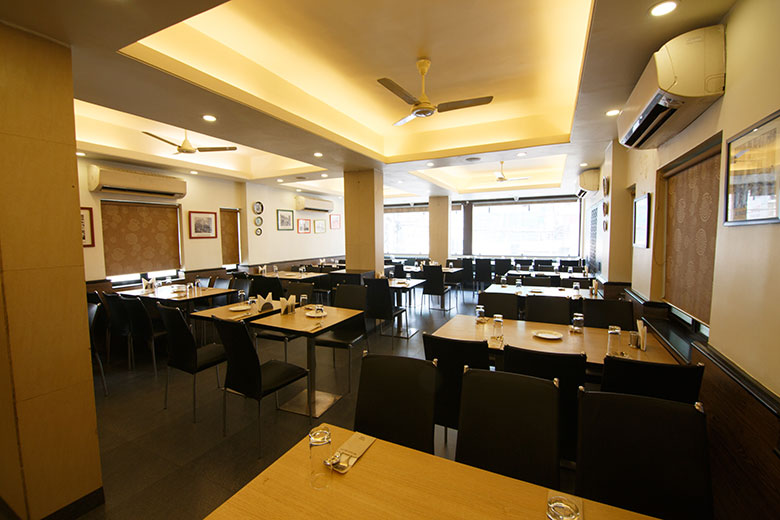 In Kolkata when you hear the word biryani, Aminia is the first place that comes on the mind. Having been in business from 1929 it has become a brand ever since. It is one of the oldest Mughlai restaurant in Kolkata. The first outlet was inaugurated in 1929 in Kolkata, selling the famous Awadhi cuisine of Lucknow. The family grew and the second generation of the family choose to expand the family business looking at the growing demand for Awadhi/Mughlai food in the city. Undoubtedly this place ranks first for the best biryani in Kolkata list!
outlets:
Serampore
Rajarhat
New market
Jessore
Shyambazar
Golpark
Jessore road
Barrackpore

Summary
Article Name
Best Biryani In Kolkata-Ultimate Lists Of Restaurants You Must Try!
Description
These are some of the best restaurants making biryani that are available in Kolkata, the city of joy. No biryani freak can miss having biryani from any one of these places. This was our rating and reviews based on popularity and demand. If you guys have anything to add on please reply in the comment section.
Author
Adnan
Publisher Name
Fleapo
Publisher Logo

We at Aminia believe in a culture of Art, be it in the form of promoting renowned as well as emerging artists and providing a platform to showcase their work and realise their creative potential. All of our recent outlets have an array of art from renowned and emerging artists from different walks of life.